There has been substantial debate in rugby circles, both medical and administrative, about whether certain padded clothes are injury-protective. Following a recent article in the British Journal of Sports Medicine, this has become even more relevant. This was a research project that looked at Scottish rugby players. The investigators discovered a spike in injuries during the tackle phase of play, which they linked in part to the use of cushioned apparel. According to the authors, padded gear and Crash Mat may provide a psychological advantage to a player by making them feel less vulnerable, causing them to engage a tackle with greater power, to the cost of the other player. Individuals who believe the game is evolving into a combination of American football and rugby league have made similar statements. 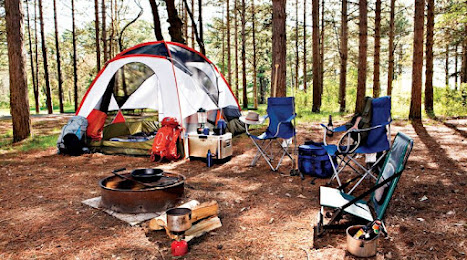 Mouthguards have been demonstrated to lower the risk of oral damage as well as the possibility of a concussion. The most effective mouthguard is a custom-made mouthguard. Make sure you have at least two at all times, as well as a mouthguard and a dental checkup once a year. Jerseys and shorts are plainly protective and vital for players. As a team physician, be sure we’d have a hard time watching some of the guys perform without them. Although headgear lowers the risk of laceration, there is no evidence that it lowers the rate of concussion. Shoulder padding lowers the chance of superficial damage, but there’s no evidence that it lowers the risk of more significant injuries such dislocations, rotator cuff contusions, clavicle fractures, or more severe AC joint strains. AC joint sprains among sub-elite rugby players are far more prevalent than in rugby league and AFL players.

The increased stresses on the shoulder girdle during scrummaging, the lineout, and the ruck-and-maul phases may explain the huge increase in severe rotator cuff injury among elite Australian rugby players from 1996 to 1999 when compared to other codes. Because clavicle fractures are less prevalent on soft surfaces, it stands to reason that extra padding on the outer arm would ‘cushion the blow.’ Shoulder padding might be extended to encompass the upper arm’s outside edge (deltoid). According to preliminary research, donning padded clothes does not help players feel invincible. The subjects of the study were members of a major schoolboy rugby team. There is no research on player attitudes at the professional level. Finally, there is a considerable business role to the usage of padded clothing and its promotion. Regardless, unbiased, unemotional research must be undertaken in all of these areas to guarantee that player safety is maintained at all levels of rugby.

Well-fitting Exercise Matt made of materials that efficiently spread the force of impact, on the other hand, appear to lessen the effect of direct contact and the risk of soft tissue damage. Shin guards composed of light, soft, compliant materials are helpful in reducing shin contact and, as a result, lowering the risk of bruising injuries in the pretibial region. At the moment, there is no expert advise for female rugby players on how to utilise specialised padding. Current information is based on anecdotal evidence and is not backed up by statistical studies or well-researched findings. In these situations, female rugby players should adhere to the same guidelines as their male counterparts.

Activated Charcoal in Detoxification of Skin and Body

Iron Infusion Melbourne: The Next Big Thing in Wellness?